The head of the European Union’s foreign policy, today, Monday, the third of Aquarius, published a statement calling for the reopening of girls’ schools in Afghanistan.

He asked the Taliban government to open the gates of schools for girls and women in Afghanistan soon.

Mr. Burrell called closing the gates of schools to girls against the commitments of the Taliban and said that he expects this group to fulfill the promises made to the people of Afghanistan.

The European Union considers the prevention of girls from education as a serious setback for girls and emphasizes that women’s education is very important for a stable and self-reliant Afghanistan.

This is despite the fact that since the Taliban came to power, school gates have been closed to girls above the sixth grade and this group has not allowed girls to go to school.

The Start of a Dairy Production Activity Company in Kabul

UNAMA: Banning girls from participating in entrance exams is another step in the wrong direction

Amina Mohammad: We are working for the advancement of Afghan women

The Start of a Dairy Production Activity Company in Kabul 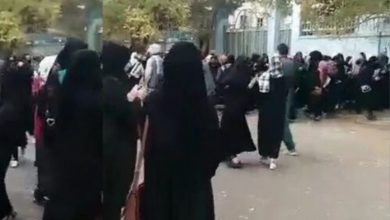