Jan Saki; A White House spokesman said the money could not be transferred until the court ruled on the 3.5 billion dollars in reserves of the Central Bank of Afghanistan for the families of 9/11 victims.

According to the Roidadhs News Agency, Saki said in a press conference on Tuesday, (February, 15, 2022) that this is a step in the process that must be decided in court.

White House spokesman explained that what the US president was trying to do was to use some of the assets of the US Federal Reserve in the United States for the benefit of the Afghan people. Otherwise, the money would have been kept.

Saki said: “Biden has taken an active step to facilitate access to 3.5 billion dollars in assets for the benefit of the Afghan people and the future of the country.”

He added that many of the victims of the 9/11 attacks have made claims against the current rulers of Afghanistan and that the case will be pursued in federal court.

White House spokesman who remains in the United States for 3.5 billion dollars and is involved in ongoing litigation.

Biden’s executive order has been widely criticized for seven billion in central bank assets backed by the national currency. Critics say the Afghan people had no role in the 9/11 attacks and should not be compensated with their money.

Hamid Karzai Reacts to Afghanistan's Payment to Victims of 9/11

The Largest Flag of the Emirate Was Raised in Kabul. 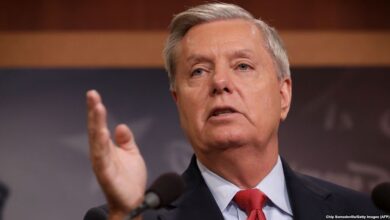